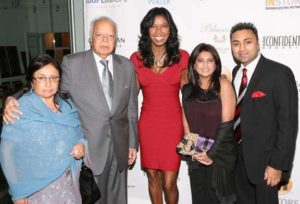 The cocktail reception screening and of the Oscar nominated film “The Kite Runner” was held at the Pacific Design Center in Los Angeles and attended by 360 guests of the AWF. The event was co-hosted by Grammy Winner Natalie Cole and AWF Chairperson Sonia Nassery Cole, and through major sponsorship from Robert Brazell, Chairman and CEO of InStore Broadcasting Network. The feature film was preceded by a screening of “The Bread Winner” as part of an effort to raise awareness for Afghanistan and the cause of the AWF.