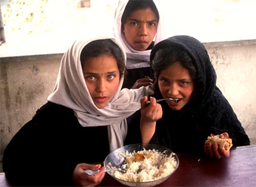 This project is a girls boarding school in Nooristan. The AWF is working with Miriam Nawabi and the Nooristan Foundation as well as US Army’s Provincial Reconstruction Team. It is currently at the planning/preliminary stage and construction will begin at the earliest in April 2009 and it would take approximately nine months for completion. It would be built according to the standard design of the Nooristan foundation, which has already built three other schools, which are all located in Nooristan. A total amount of $25,000 would also include (i) building of the school itself (approximately $15,875), (ii) the school’s operation and maintenance cost (approximately 10% of school’s cost) and (iii) teachers training program (approximately $5,000).