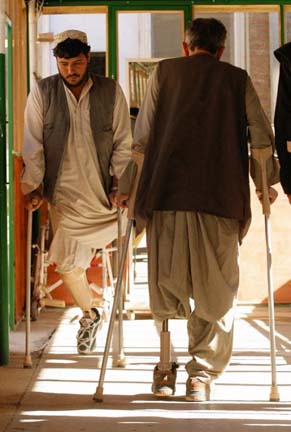 Afghanistan is one of the most heavily mined countries in the world. Landmines kill or maim an estimated ten to twelve people each day in Afghanistan. At least fifty different types of blast and fragmentation antipersonnel mines have been identified in Afghanistan of Belgian, Chinese, ex-Czechoslovakian, Iranian, Italian, Pakistani, Singaporean, ex-USSR, United Kingdom, ex-Yugoslavian, and Zimbabwean manufacture. Mines often are laid around objects of economic importance (e.g., industrial buildings, roads, water sources, and fertile land), resulting in injuries among persons who are traveling or performing activities of economic necessity (e.g. farming, collecting wood or water, and tending animals). Most of these landmines are concentrated in the western, eastern and southern regions of the country and only two of Afghanistan’s thirty four provinces are believed to be free of landmines. Thus, Landmines pose a considerable public health threat and economic burden in post-conflict situations.

While virtually all combatants in Afghanistan in recent decades are thought to have used mines for military utility, Soviet forces which laid anti-personnel mines from 1979-1989 have resulted in the highest civilian fatalities. These anti-personnel mines, once laid can remain active for as long 50 years and detection is often prevented by the use of plastic casings that evade electronic mine detectors.
Moreover, the depth at which the mine was laid and the soil type complicates detection as initial screening by mine detectors can label the area as mine-free and in subsequent years the mine casing traverses upwards in the soil and detonates by surface pressure variations caused by foot traffic. The resulting injuries have resulted in loss of feet, hands, hearing, and eyesight yet many victims have died just waiting to obtain medical attention. It is believed that almost 70 percent of landmine victims die due to lack of emergency medical facilities such as physiological shock from lack of blood transfusions and increased surgical time between immediate injury and amputation by skilled surgeons. Land-mines also have more catastrophic effects on children, whose small bodies succumb more readily to the horrific injuries mines inflict. 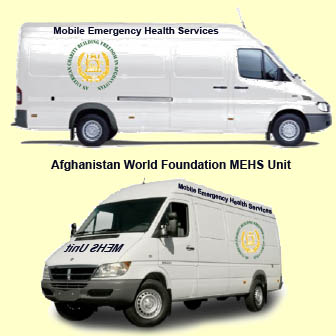 There is no emergency mobile medical and surgical service available, even in Kabul and the other major cities, and the Afghanistan World Foundation (AWF) is raising funds to purchase several US made units that will each cost about $300,000. The mobile emergency unit is equipped with the required surgical facility to perform amputations and will serve as a prototype for the Afghanistan Ministry of Health. AWF is working with internationally renowned surgeons who will volunteer their expertise and time to train Afghan health professionals and doctors in rendering emergency care and develop orthopedic skills to perform amputations correctly. International medical and surgical teams would also record their perspectives of the field experiences in our AWF blog aiming to broaden the medical community’s involvement and expertise in providing rehabilitative therapy to innocent victims of this cruel military tactic. 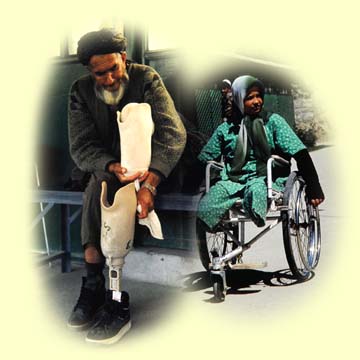 “The shock of the explosion which means you feel nothing for a few minutes; then the pain flooding over your body; the wait for help, lying in the minefield losing blood; the sight of your shattered and jagged bones sticking out from the end of your leg; the horror and fear of your companion or helper; the wondering if you will live or die; the journey to hospital on a horse and cart, or a car, or somebody’s shoulders; the arrival at hospital where there may be no surgeon to treat the injury; the scrabble for money to try to raise the sum necessary for an operation; the difficult task of cleaning the wounds of dirt, shrapnel, and bone; the likely amputation; the phantom pains following the amputation ; lack of physiotherapy; the possibility of infection of the wounds and the bone; the good chance that the amputation is not done properly, leaving sharp pieces of bone pushing into the stump; the second operation required to recut the bone in order to make it suitable for a prosthesis; the lack of mobility of a wheelchair or prosthesis; the impossibility of a disabled person finding a job; the shame of being a burden to family and community; the reduced likelihood of marriage, and children. ”
~ Account from doctors without borders.