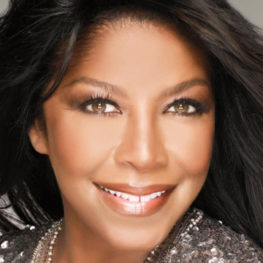 “Freedom is a privilege, not a given, and as Americans, we cannot simply turn our heads while others struggle for the same. Contrary to what we desire to believe, we are all in this together.”

“Natalie, we will never forget you”

Natalie Cole cared about Afghanistan even before the Afghanistan World Foundation (AWF) was founded in 2003. She grew to know the Afghan people through the eyes of her dearest friend Sonia Nassery Cole, a native Afghan who left the country during the Soviet Invasion. Together, they raised awareness of the plight and tragedy of the Afghan people under Taliban Control and the subsequent United States liberation post 9/11.

The “Time to Give” gala in December 2003 honored Muhammad Ali with performances by Stevie Wonder and Natalie Cole. Filled with a celebrity roster of guests, the event laid the foundation of the Mother and Child Hospital in Kabul, which today is the French Medical Institute for Children

Natalie Cole was unstinting in her commitment to the Afghan people and used her platform at AWF to promote their culture, tradition, and values through music with her title song Freedom (‘Azadi’)for the film Black Tulip. She travelled to Afghanistan in 2010 for the premiere of “Black Tulip” and met with General David Petraeus as well as performed for the International Security Assistance Forces, the American Embassy and at the Ariana Theater in Kabul. And for Natalie, the highlight of her visit was meeting the Afghan people whom she loved and from whom she found much inspiration from their resilience in their struggles. The Afghan children touched her warm, indomitable spirit and she reciprocated by leaving us with an unforgettable memory of her selfless gift of generosity and song that help us fight for the freedom of the Afghan people in their beloved homeland.

Natalie Cole was a wonderful woman of great substance and a great humanitarian. We thank you for your devoted twelve years of service to the Afghanistan World Foundation and you will forever be our Honorary Board Member in your final resting abode in God’s Kingdom where you rest in Eternal Peace.