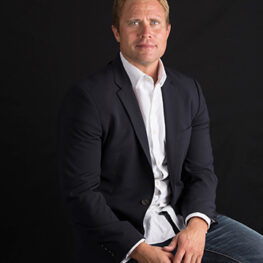 Tim Ballard is the founder of Operation Underground Railroad, a nonprofit that fights against child sex slavery. He is also the CEO of The Nazarene Fund which seeks to save oppressed religious and ethnic minorities in the Middle East. Ballard began his career with the CIA and then spent over a decade working as a Special Agent for the Department of Homeland Security where he was deployed as an undercover operative. He has worked every type of case imaginable in the fight to dismantle child trafficking rings. He has worked undercover in the United States and in multiple foreign countries to infiltrate child trafficking organizations. In 2013, Ballard and a team of former government operatives left their careers to go about the work of saving children as a private foundation.

Ballard has briefed the President of the United States and other cabinet members on issues of child trafficking. He has also testified before the US House and Senate on several occasions. In 2019 he was appointed by the President to chair the White House Public-Private Partnership Advisory Council to End Human Trafficking.

Ballard has been featured on many national news outlets to discuss his efforts to combat child trafficking. He was featured in a story by ESPN with Pittsburgh Steelers Head Coach, Mike Tomlin. He also has appeared on CBS Evening News, Fox News Sunday with Chris Wallace, The Ingraham Angle, The Glenn Beck Program and many other outlets.

Ballard is the principal subject of two full-length documentaries: The Abolitionists, by Academy Award-winning producer, Gerald Molen, and Operation Toussaint, by Emmy Award-winning director, Nick Nanton. His life story will also be depicted in the upcoming feature film, Freedom, where he will be portrayed by actor Jim Caviezel and his wife Katherine is portrayed by Academy Award Winner, Mira Sorvino.

Ballard is the best-selling author of six books including Slave Stealers: True Accounts of Slave Rescues-Then and Now and The Lincoln Hypothesis. He was named Entrepreneur of the Year by Ernst & Young. He also received the distinguished George Washington Honor Medal from the Freedoms Foundation at Valley Forge. He was born and raised in Los Angeles, CA and now resides in Utah with his wife and nine children.