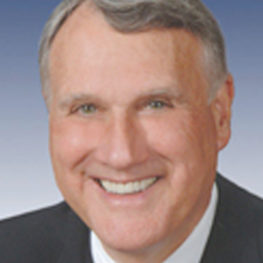 Jon Kyl was elected to the U.S. Senate from Arizona in 1994 and re-elected in 2000 and 2006, after having served four terms in the U.S. House of Representatives. As the Republican Whip, he is the second-ranking member of the Senate Republican Leadership and responsible for building support on key issues.

Among recent accomplishments and legislative efforts, Kyl has:

Led efforts to increase funding for border security and other immigration enforcement;

Served as the driving force behind the landmark Arizona Water Settlements Act;

Won passage of a historic bill guaranteeing the rights of crime victims; and

Successfully fought for strong anti-terrorism tools for law enforcement, including the “Lone-Wolf Fix” to the Foreign Intelligence Surveillance Act.
Before his public service, Kyl practiced law at Jennings, Strouss & Salmon in Phoenix.  In 1985 he served as chairman of the Phoenix Chamber of Commerce.

Born in Oakland, Nebraska, Kyl received both his bachelor’s and law degrees from the University of Arizona.  He graduated Phi Beta Kappa and was editor-in-chief of the Arizona Law Review.  He and his wife Caryll have two children, Kristine Kyl Gavin and John Kyl, and four grandchildren.

For more on Senator Kyl, please visit his Congressional Page