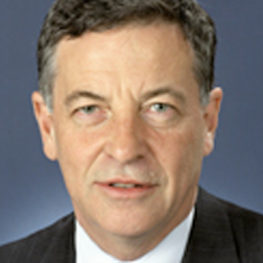 Robert Hill took up his appointment as Australian Ambassador to the United Nations in April 2006 following a distinguished career in the Australian Parliament and as a Cabinet Minister in Government.

He was a Senator for the State of South Australia from July 1981 until March 2006. From March 1996 to October 2001 he was the Federal Minister for Environment. From October 2001, until his resignation in January 2006, he was the Minister for Defense. He was Leader of the Government in the Senate from 1996 to 2006.

Prior to his entry into politics he practiced law as a barrister and solicitor.