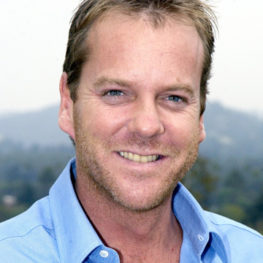 Keifer Sutherland is an Emmy and Golden Globe Award-winning Canadian television and film actor, best known for his role of Jack Bauer on the series 24. Sutherland also owns a recording studio and record label, called Ironworks. He joins AWF in 2007 with deep interest in bringing public awareness about the plight of the Afghan people.