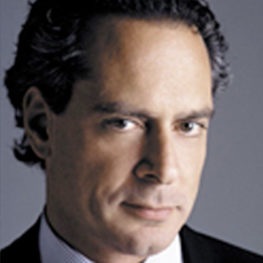 Federico Pignatelli della Leonessa was born in Rome. Through his aristocratic ties to Pope Innocenzo XII, Federico’s heritage links him to one of the most noble and ancient families of Italy. He began a career as an international businessman in London, which eventually led him to the United States.

After working as a Managing Director for an investment banking and brokerage firm, Mr. Pignatelli’s passion for photography and smart business wit led to his creation of Pier 59 Studios; the largest and most innovative photographic studios in the world, with state-of-the-art equipment and the best natural light in Manhattan. Comprising of 11 studios, about 110,000 square feet, it is a paramount location for photographic creativity and a center of international fashion.

Mr. Pignatelli is a passionate lover of the art of photography and an amateur photographer with many of his pictures published. In 1992, he founded Art & Fashion Group, a holding company of an array of service business to the advertising industry, one that includes Pier 59 Studios. His artistic imagination has also paved the way for his involvement in the movie industry. In 2001, he was the executive producer of Kill Me Later. However, Federico manages to maintain a balance between business and the arts. He currently serves as Chairman of the Board for Biolase Technology Inc., one of the most sophisticated medical and industrial laser manufacturers in the world, which is based in California and listed on NASDAQ.