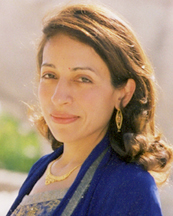 Dr. Nur Amersi has been a practicing veterinarian for 10 years in Los Angeles. Born in Dar-es-Salaam, Tanzania, her formative years were spent in Nairobi, Kenya. In 1981 she moved to Canada where she completed her Bachelor of Science degree at the University Of British Columbia in Vancouver. In 1993, she completed her degree in Veterinary Medicine at Tufts University in Boston, Massachusetts. Devoted to serving her community, a key aspect of the Shia Ismaili Muslim tradition, Dr. Amersi has served the community interests for The Aga Khan University, His Highness the Aga Khan Shia Ismaili Council for Western USA, and The Institute of Ismaili Studies UK. In 2006, she became the Honorary Director of The International Youth Orchestra, under the patronage of Her Majesty Queen Noor of Jordan, which became a highly acclaimed musical initiative that strengthened cross-cultural relations in the United States. Furthering her interest in International relations and being a strong believer that poverty alleviation, developing strong educational institutions and respecting that the values of pluralism are essential in developing global peace, stability and progress, Dr. Amersi brings her vision to the Afghanistan World Foundation.