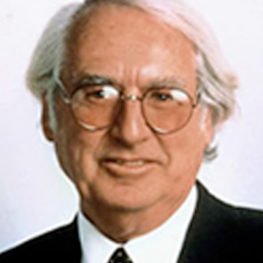 Richard Meier is well known and respected around the world for his architecture and designs. He has been awarded major commissions in the United States and Europe including courthouses, city halls, museums, corporate headquarters, housing and private residences. Some of his best-known projects include The Getty Center in Los Angeles, the High Museum in Atlanta, the Frankfurt Museum for Decorative Arts in Germany, the Canal Plus Television Headquarters in Paris, the Barcelona Museum of Contemporary Art, The Hartford Seminary in Connecticut, and the Atheneum in New Harmony, Indiana.

Recognized with the highest honors available in architecture, in 1997 he received the AIA Gold Medal from the American Institute of Architects as well as the Praemium Imperiale from the Japanese Government, in recognition of a lifetime achievement in the arts. In 1995, he was elected Fellow to the American Academy of Arts and Sciences. He received the Deutscher Architekture Preis in 1993 and in 1992 the French Government awarded him with the honor of Officier de l’Ordre des Arts et des Lettres, and in 1989, the Royal Institute of British Architects, of which he is a Fellow, awarded him the Royal Gold Medal.