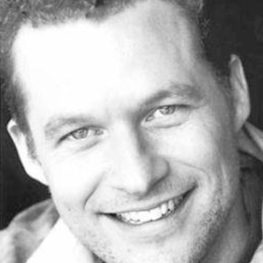 With his ruggedly handsome, all-American good looks, James Tupper is topping the lists of Hollywood’s hottest men in record time! From the soft spoken heartbreaker’s starring roles in ABC’s “Men In Trees” and “Samantha Who,” to being declared TV Guide’s Sexiest Stars and US Weekly’s Sexiest TV Men, Tupper is now is set to star in NBC’s new drama, “Mercy” (Fall, 2009). Tupper stars alongside Michelle Trachtenberg as “Dr. Chris Sands,” a new M.D. at Mercy Hospital who had an affair with one of the nurses when they were stationed in Iraq.

Tupper starred opposite Anne Heche on ABC’s hit series “Men In Trees” from the acclaimed Jenny Bicks of “Sex and the City.” In his claim to fame role, James Tupper played “Jack,” a fish and wildlife biologist who is single, vulnerable and clearly at his best alone in the woods. Recently, Tupper guest starred opposite Christina Applegate on the hit ABC hit series “Samantha Who” and he completed filming the feature film Me & Orson Wells. The film, starring Zak Effron and Claire Daines, has already begun to gain momentous excitement at both the 2008 Cannes and Toronto Film Festivals. Tupper is quickly becoming the steamy stud of small and big screens alike.

Tupper, however, did not always aspire to become an actor. Born and raised North of New England in Nova Scotia, Canada, he describes his hometown as a place with old-fashioned charm. Growing up with four brothers and sisters, he played street hockey and learned carpentry from his father and grandfather. He was devoted to football, and in high school played on the varsity team. After graduating high school, he traveled to London and Africa, finally residing in the foothills of Mount Kenya where he worked on a locally owned coffee and tea farm.

When James returned home, inspired by his experiences, he started and successfully ran Blue Shoe Theatre Company, which toured Nova Scotia schools with a plays about fitting in and feeling different. The money he made helped fund his education, first at Concordia University in Montreal and then at Rutgers University in New Jersey where he received a Masters in Fine Arts.

After Rutgers, Tupper moved to New York where he was immediately spotted by talent agents and managers. While there, he produced and starred in the Off-Broadway play “After the Rain,” which won the Moliere Prize in Paris the same year. Tupper has been adding to his list of credentials ever since.

While building homes, Tupper built an acting resume that includes “How I Met Your Mother,” “CSI: New York,” “Gilmore Girls,” “Time of Your Life,” and “Dr. Vegas.” He starred in the critically acclaimed independent film, “Peroxide Passion”, for which he won the Toronto Planet Indie Film Festival’s Best Actor Award. He co-conceived and wrote “Loudmouth Soup”, a fully improvised film about actors trying to make it in Hollywood, released in 2005. He starred in the Hallmark Channel’s original movie “Love’s Abiding Joy”, written and directed by Michael Landon, Jr. of “Little House on the Prairie” fame. This humble actor also starred in the independent films For “Heaven’s Sake”, playing the son-in-law of Florence Henderson, and the biopic “Who Flew?”, playing legendary novelist Ken Kesey during his time spent writing the award winning “One Flew Over the Cuckoo’s Nest” (the directorial debut of Ryan Hurst). Tupper enjoyed a starring role alongside Hollywood elite Sissy Spacek and Alfre Woodard in “Pictures of Hollis Woods” for CBS and the Hallmark Channel.

On top of taking on television and film roles, Tupper continues to pursue his passion for the stage. He has performed in “King Lear” opposite James Gammon and “The Things We Do For Love” at the Odyssey Theatre in Los Angeles.

In his spare time, Tupper enjoys relaxing in his Los Angeles home with his beloved Great Dane, Harold, who Tupper named after her grandfather. He worked as a carpenter between acting jobs for fifteen years, and still enjoys building things for his friends, as well as bird watching, jogging, and playing the guitar.