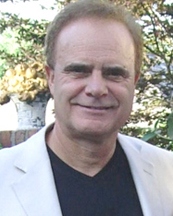 Joseph P. Galichia, M.D., F.A.C.C. is the founder of Galichia Medical Group, P.A, in Wichita, Kansas. He is a native Kansan who has studied medicine in the United States, Germany, England, Sweden, and Switzerland.

Dr. Galichia is an internationally recognized pioneer in the field of interventional cardiology. In the late 1970’s, he studied in Zurich, Switzerland, under the tutelage of Drs. Ernst Schneider and Andreas Gruntzig, the inventors of the balloon angioplasty technique for treating heart and vascular disease. As a result of this experience, Galichia was able to bring this life-saving technique back to the United States, where he was one of the first Americans to perform angioplasty. With an eye to the future, Galichia broadened the scope of this procedure by establishing the first free-standing outpatient catheterization laboratory in the world.

In 1984, Dr. Galichia founded the Galichia Medical Group, a medical practice focused on cardiovascular care. In 1987, he established one of Kansas’ most active clinical research organizations designed to conduct pharmaceutical and device research studies, for advances such as: thrombolytic therapy, atherectomy, laser, intraluminal ultrasound, stents, and Percutaneous Transluminal Myocardial Revascularization (PTMR). Due to Galichia’s leadership, Galichia Medical Group remains one of the leading centers for the treatment of vascular disease in the world.

Dr.Galichia has been published in the New England Journal of Medicine, the Journal of the American College of Cardiology, and many other scientific publications. In line with his devotion to furthering medical knowledge, he has conducted a monthly interventional training course for treating peripheral vascular disease since 2000. Galichia is one the founding members of the International Society of Cardiovascular Interventionists and a past president of that organization. Over the past twenty years, he has lectured and trained physicians in China, Japan, Chile, Switzerland, Argentina, Italy, and elsewhere.

In 2001, Dr.Galichia founded the Galichia Heart Hospital. This comprehensive medical center has set a new standard for cardiovascular care by combing technologically advanced medicine with a five-star-hotel dedication to patient care. Galichia Heart Hospital is one of the only centers in the region that is involved in research with carotid stenting, robotic surgery, and electrophysiological advances.

Dr. Galichia’s interest in Afghanistan mirrors his efforts to deliver outreach medical services to communities in rural Kansas. Since 1976, Galichia and his team has been serving the people of Kansas in their home towns, bringing advanced technology to them through use of mobile testing, a team of highly trained medical specialists, and a dedication to rural medicine that honors the experience of the patients served. Galichia Medical Group currently travels to twenty-seven communities throughout Kansas, spanning 400 miles.

A noted medical spokesman, Dr.Galichia appears on a weekly syndicated radio talk show. He has also served as a moderator for the National Lifetime Medical Television Network.